PNA, or better Photo Nightscape Awards, is an international contest dedicated to landscape and nightscape astrophotography arranged by the French Astronomical Society in collaboration with prestigious partners such as: ESO the European Southern Observatory, the French Culture Ministry, Nikon France, the Industry and Science City of Paris, the natural reserve Dark Sky Alqueva and many others.

The contest, now at its third edition, has the purpose to look for the best of the best, the “state of art” that it could be reached in a final photograph. It´s not only the astronomy itself that matters, or just beautiful night visions with the natural appearance of sky, even of being indeed, a very important part of the image.

It´s not only the photography technique applied to reach the final result, but it´s the feeling that it can be promoted when someone looks these images and feels something deeply big inside of it, when anyone can really relax with a deep sensation of peace and joy. The observer should naturally forwarded to come inside of the atmosphere in the scene, losing the perception of the moment “NOW” - the present - and start recognizing the 4th dimension of Time in Space. The goal of the contest is also to help everybody to start recognizing the magnificent power of nature and their beauty, the elements and details on the image that combined, can show how the Art can work together with - or even above - the Science!

Inside the contest, four main categories have been defined: Nightscape, In Town, TimeLapse and Junior. 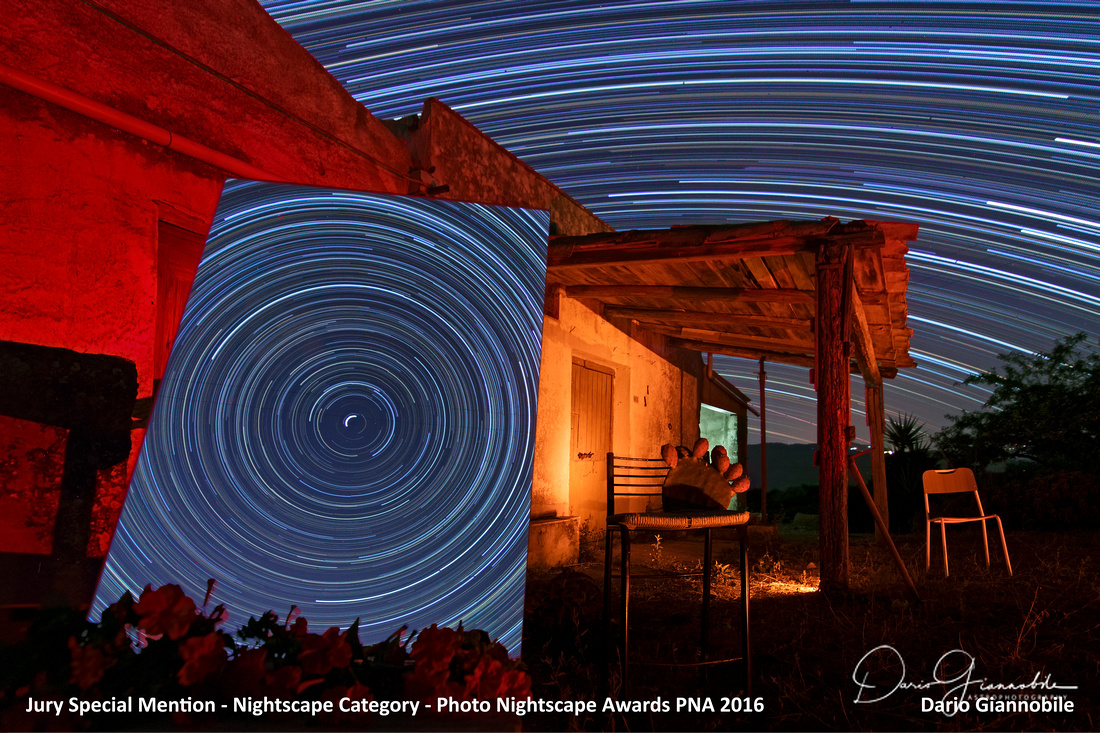 The Missing Observers - Jury Special Mention - Nightscape Category - Photo Nightscape Awards 2016Once the courtyard of our farmhouses were places where people met and talked about the strenuous day of work in the fields. May be they stayed sit looking at the clear and dark sky. Nowadays these places are abandoned and no one is looking at the sky any more. That's the reason why the chairs are empty and the mirror reflects the sky that the missing observers would have looked at.
A hoe remembers the farming vocation of such places while the prickly pears on the chair represent the island where I live and the period (summer) when this sky has been captured. Light painting creates a surreal mood for a sky that is not seen but is there at the same time.

Pinching The North Star - First Place In Town Category Photo Nightscape Awards 2016The Cathedral of Syracuse is enriched by many external sculptures: Saint Lucia, Saint Marciano, the Virgin Mary, Saint Peter and Paul. Here Saint Paul keeps upon his fingers the north star Polaris whilest all the other stars rotate around his hand in a very extreme star trail.

Ancient Syracuse includes the old city’s foundation, Ortygia, built by Greeks from Corinth in the 8th century BC. The site of the city, which Cicero described as ‘the greatest Greek city and the most beautiful of all’, retains vestiges such as the Temple of Athena (5th century BC, later transformed to serve as a cathedral), a Greek theatre, a Roman amphitheatre, a fort and more.

As said above, this shot has been realized in Piazza Duomo (Syracuse) and shows the stars rotation around Polaris (the north star) that the photographer placed just above the fingers of Saint Paul statue.

The same image was previously selected among the honorable shots in the 2016 International Earth & Sky organized by The World at Night (TWAN.org).

From a technical point of view the photo represented a huge challenge. In fact it was necessary to accurately place the Polaris exactly above the finger of Saint Paul and the start the shooting session. Almost a thousands of shots have be done with a very short exposure time in order to minimize the effect of light pollution. In a second moment the photographer recovered the highlights of the enlighted cathedral and, in the end, he saturated a 32 gb compact flash in less than two hours!

The award ceremony took place the 12th of November at Paris at the Science and Industry City during the event “Des Rencotres du ciel et de l’espace” a three days long international fair dedicated to the astronomy world. Syracuse and the Sicilian landscapes, and some of its Unesco World Heritage Sites, have been appreciated by an international audience who had the pleasure to look at the prints exposed at the planetarium and watched the videos with the best images and timelapses. 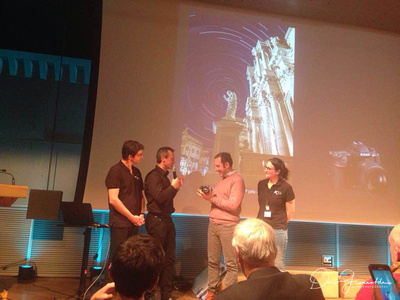 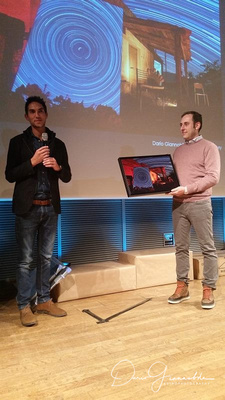 Have a look to PNA web site to look at the best photos from the three editions and be ready for the 2017 contest!!!!!