Even if the clouds ruined the details on the Moon, the colors variation introduced by their halos can transform a modest shot in an appealing image

This paper can be considered as another paragraph of the recent tutorial dedicated at the Moon rising along with Venus that you can read at this link:

At the end of the night I decided to try some new shots using a Samyang lens (F 500 mm, f 6.3). The idea was to catch the earthshine on the Moon and Venus at the same time.

In spite of the clouds that made the image quite soft (the Moon details above all) I was determined to try in any case. I hoped to take advantage of them to increase and put in evidence the colored halos cast by the two celestial objects.

So let’s see the shooting conditions whose result can be seen in fig1:

To decrease the noise induced by high iso, I stacked 10 shots in PS and the result can be seen in fig.2. 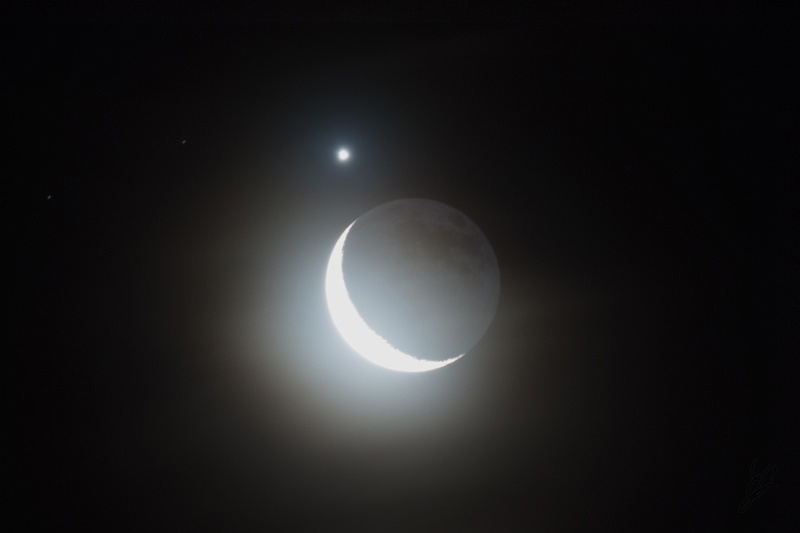 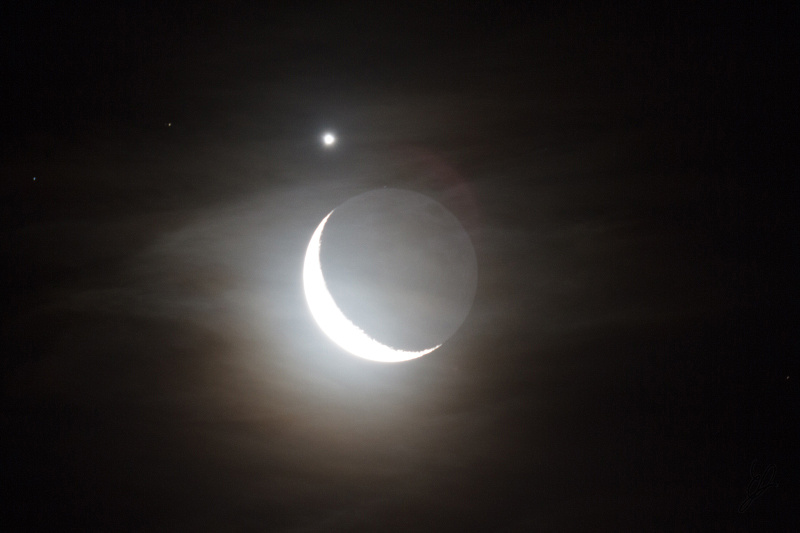 Both the shots have strength and weakness.

For these reasons, the final image needs to be a merge of the two such as to put in evidence their best peculiarities.

Let’s start from the Moon averaged image in the attempt to pick the details on its surface:

Remember to mask Venus and not desired halos around the Moon’s edge. The final resulti is fig.3C and can be compared with the starting point fig.3D. 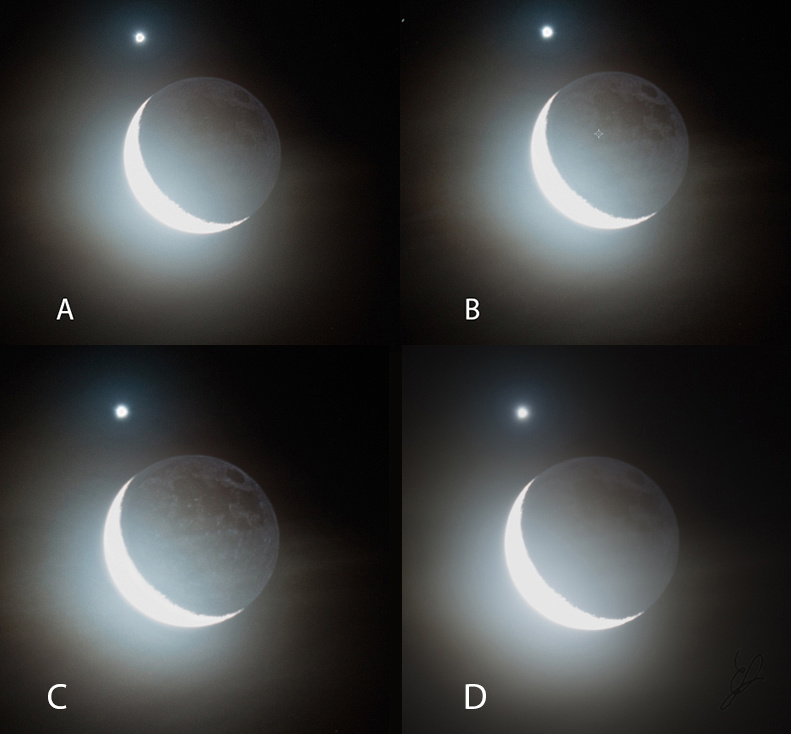 Once that the image for the Moon is ready, it is the moment to blend it with the ones that brings the clouds texture. The latter need the application of  the noise reduction filter (this is a single shot not an average) with amount 10 and color noise reduction 100%.

The final result can be obtained merging three layers: one for Moon’s details, one for Venus’s halo (in color blending mode) and one for clouds’ texture. Simple masks created by means of the brush tool can be used.

Now we need to color correct the lens’s flare and the cyanish halo around the Moon: 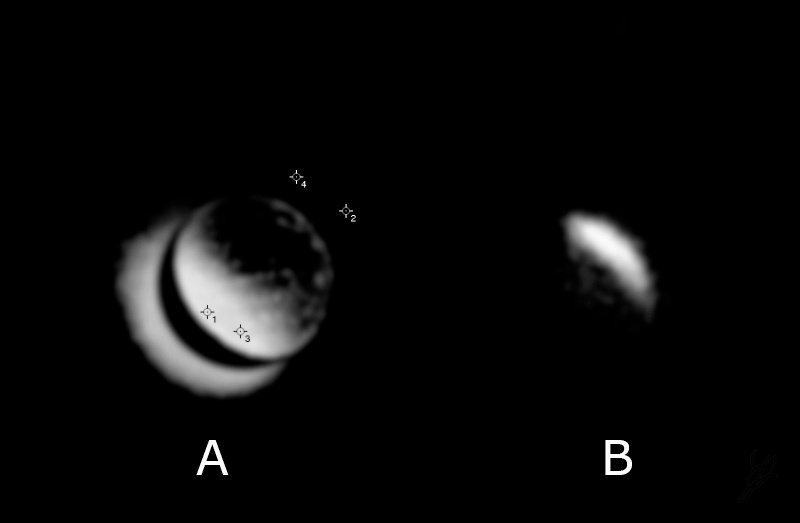 The color corrected image is shown in fig.5 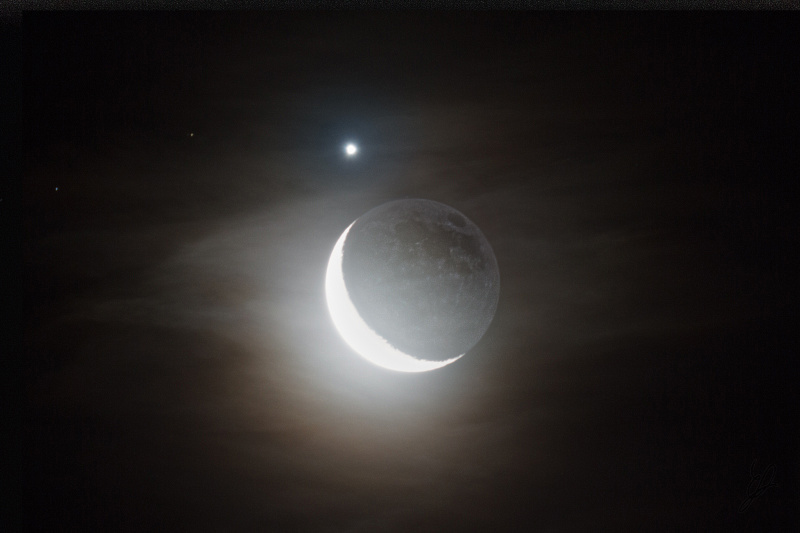 To boost the colors and create color variations I used two well-known technics from Dan Margulis:  the Modern Man from Mars and the Color Boost both launched by the Dan Margulis’s PPW panel (free download from internet).

I made the following adjustments: 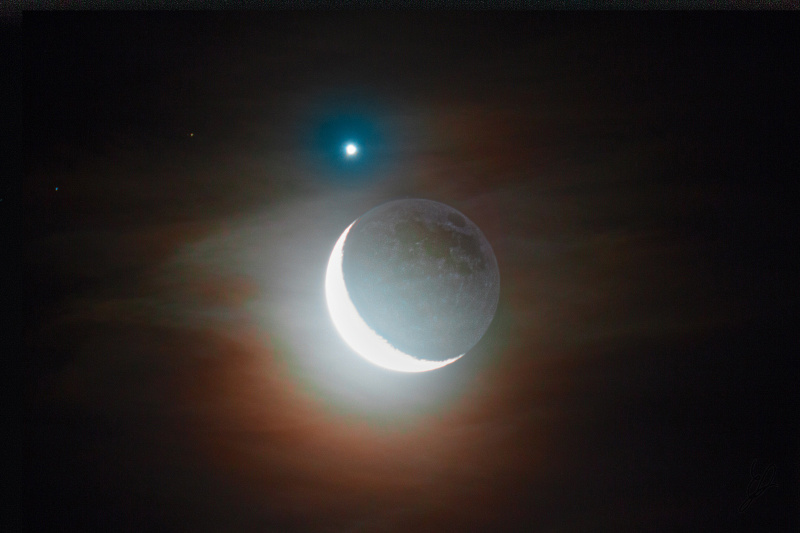 The clouds’ texture can be improved by an HiRaLoAm (high radius – low amount) USM.

To do that just apply the Davide Barranca’s little hammer action with  amount 300, radius 30 and threshold 3 and reduce the opacity to 33% then merge down.

Eventually, if some noise appears after the USM, apply the noise reduction filter only to the clouds (fig7). 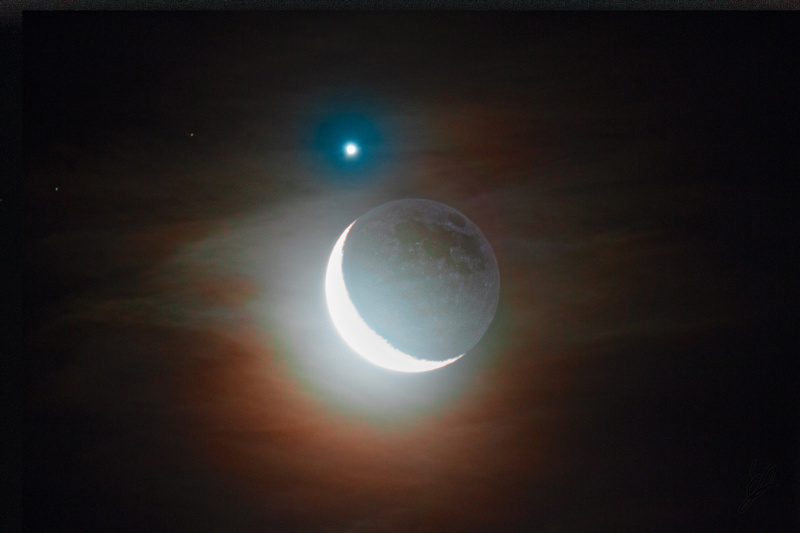 The very last retouch were aimed to increase the color and luminosity contrast by means of a “S” curve to the L channel of Lab and an increase in the blue saturation in the sky (fig.8). 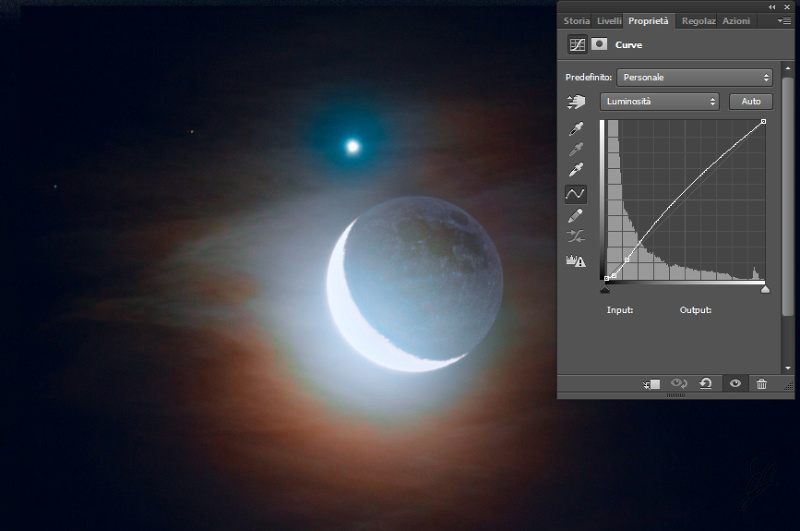 I even used the dodge tool on the little stars on the left hand side of the picture to give it depth (fig.9). 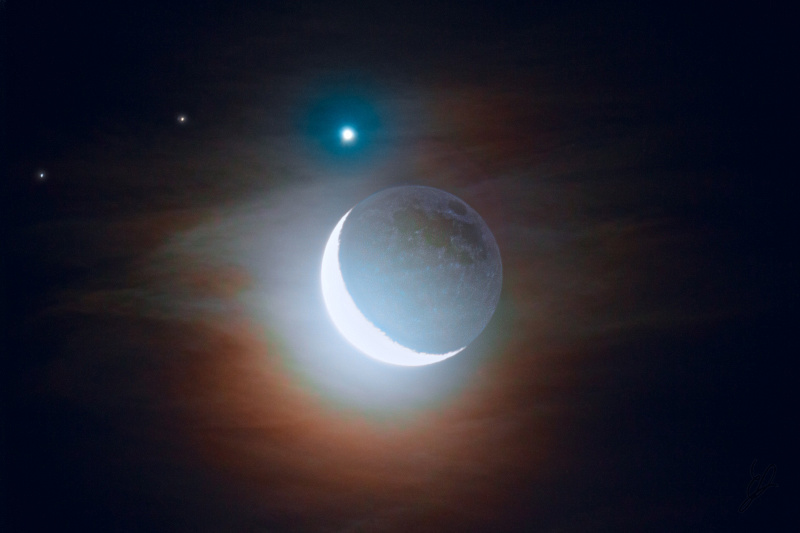 This is the comparison between the final image and the original shot (fig.10). 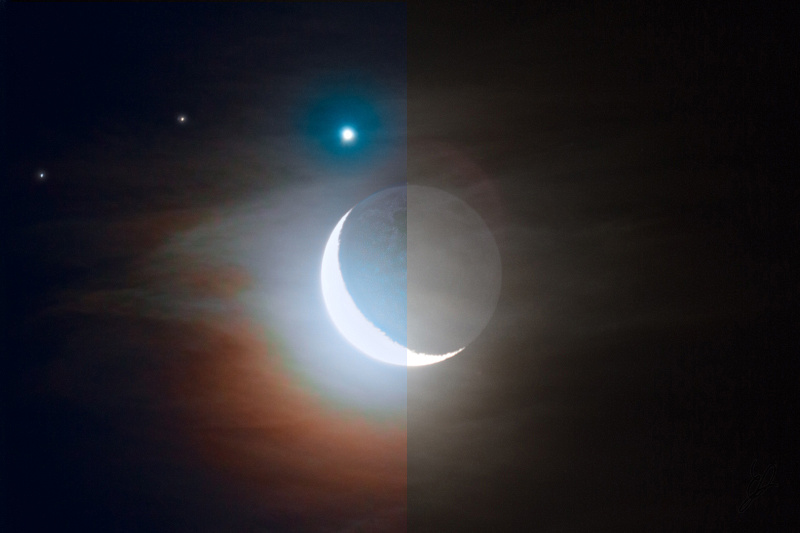 I think that, even if the clouds ruined the details on the Moon, the colors variation introduced by their halos can transform a modest shot in an appealing image. Even in this case the use of the action MMM and CB along with the power of Lab color space can be considered the crucial step in the workflow.